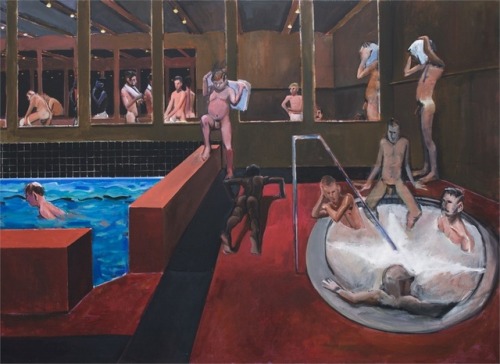 Patrick Angus (1953–1992) was a 20th-century American painter who, among many other works, created a number acrylic paintings of the interior of the Gaiety Theater and some of its dancers and customers in the 1980s. – Wikipedia

Catch up on the chatter at cupofjim.com.