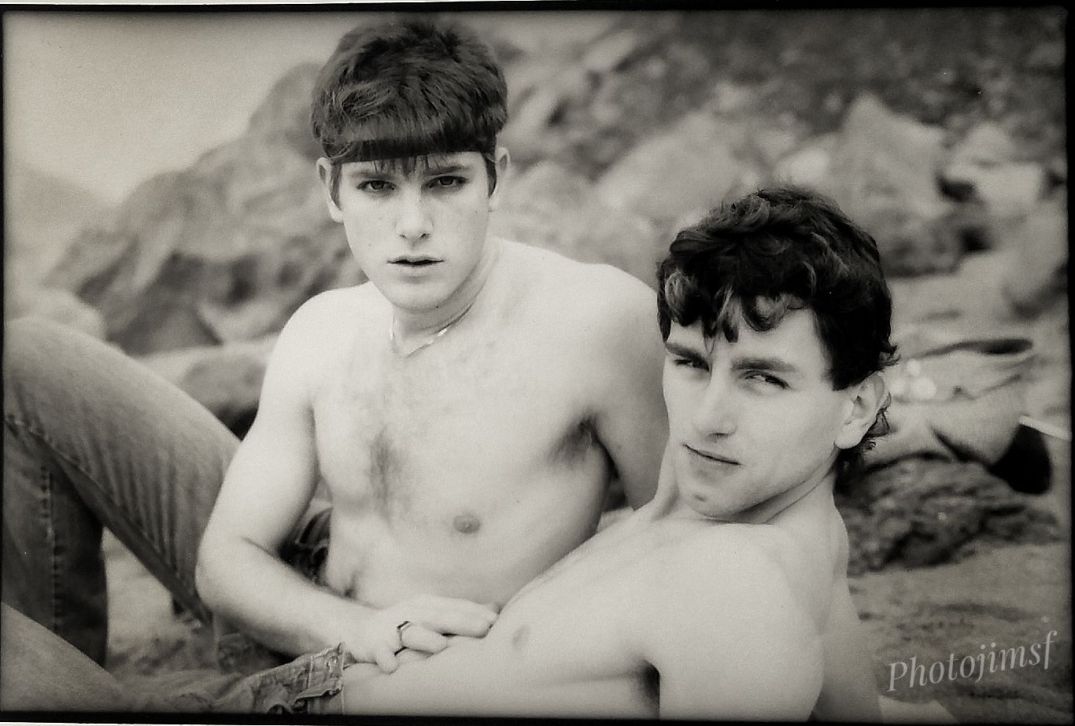 Have A Plate Of Gratitude

I’m just so grateful for the positive response to the photo exhibit “Black And White Nostalgia”, my first photo exhibit in decades. It was up the month of July at STRUT SF, a gay men’s sexual health clinic in the Castro, SF.

If you missed it, do not despair! I created an ebook of the show, with the same title. Thirty Three big, beautiful, digital reproductions of the images in the show, plus a few extras that didn’t make the show. If you sign up for my new enewsletter “jimslist”, you’ll receive the ebook/show catalog as a special thank you.

GIVE IT TO ME!

About “Black And White Nostalgia”

This group of images was taken from the late 70’s through the late 90’s in gay San Francisco. I was shooting only in black and white back then, and hand developing and printing my own work at the Harvey Milk Photography Center, and at the San Francisco Art Institute.

The era was a wonderful yet terrifying period in gay history. The tail end of the golden era of gay, or the “good ole days”, transitioning to the difficult and challenging AIDS years.

When just the thought of being gay was dangerous, and the nation was gripped with the fear of HIV, here was a community not only surviving, but thriving; openly, defiantly, and flawlessly!

I’ve delivered half of the artworks already. So my schedule is loosening up a bit from being so busy, you can expect to see more postings here on Photojimsf. Thanks so much for stopping by.

I’d like to thank everyone who came to the reception on Friday, July 12. It was a grand evening, lots of old friends and new, the wine was flowing, and so was the money!

There’s a few people I’d like to thank in particular.

My dear friends Wayne Tosti, Manolo Torres, and Rick Gerharter for helping hang the show. This being my first in decades, I was completely out of practice and I would probably still be there now trying to get the artwork up on the walls.

Baruch Porras-Hernandez, director of the art exhibit program at STRUT. His knowledge and experience with exhibiting artwork was crucial to the success of the show.

Alex Ray, director of the Bridgemen volunteer program at STRUT and an accomplished photographer, for his inspiration, encouragement, and his time helping run the opening reception. He also helps coordinate events for the Elizabeth Taylor Gay Men’s Network.

Vince Chrisostomo, director of the SF AIDS Foundation’s Elizabeth Taylor Gay Men’s Network, and btw 2018 SF Gay Pride Grand Marshall. He warmly welcomed me into the group which gives a feeling of belonging, and breaks a pattern of isolation and depression so common among the aging, but particularly among aging gay men.

Free eBook Of The Show

And last but not least, you! Whether you came to the show or not, you’re still here at the end of this blog post. Thanks for your interest in my work. As a special thank-you, here’s a link to sign up for “jimslist”, my new enewsletter that comes with a free ebook/catalog of the show “Black And White Nostalgia”:

GIVE IT TO ME!